Minimator is a minimalist graphical editor.

All drawings are made of lines in a grid based canvas. The lines are limited to vertical and horizontal lines, and quarter circles.

The editor was built with touch tablets in mind. Providing undo/redo/zoom/move in a simple gesture. An info tooltip is available in the editor to list the shortcuts available.

It’s a web app but designed for tablets, stores all data locally, and works well on iPads via the Add to Home Screen command in Safari. Nothing but circles and horizontal/vertical lines sounds limiting, but the results can be quite rich. 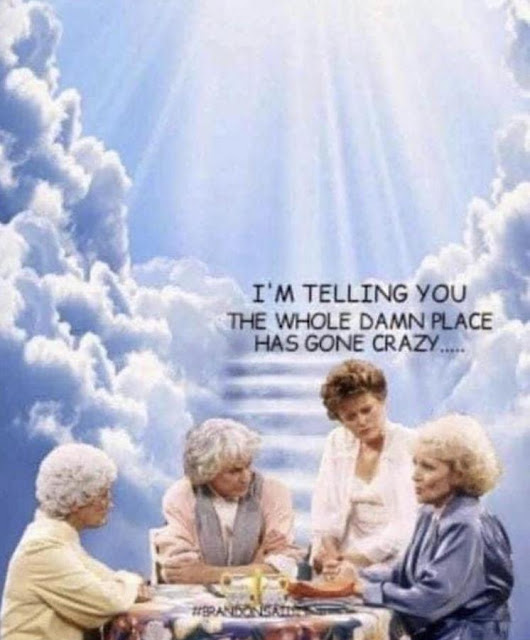 (via reddit)
Send messages to radiofox@gmail.com
Read the whole story

"a groovebox for the browser" built with SOUL, an open-source language for audio coding #
Read the whole story

I love browsing the latest questions on Ask MetaFilter every day and I always find several worth a read and, sometimes, answering. It’s a lovely, helpful, interesting place.

Here are 49 of my favourite Asks from 2021, in chronological order:

I did think about putting all that into categories, but that would lose some of the eclectic nature of Ask MeFi’s flow of questions.

Also, there are often interesting questions about relationships, family problems, mental health issues, etc. but I haven’t included any of those here — it doesn’t feel right to point strangers at those in a post that’s otherwise “entertainment”.

digdoug
reply
This is really great. And I sure would like to follow more people who filtered things down to the good stuff for me. Remember blogs?
Louisville, KY

The first book I purchased for myself. When I understood the science fiction genre. Getting beat up as a kid and how the marbles helped. My favorite pen. When I learned why typography mattered. Why I care about bears so much. Why Tribeca matters to me.

When I was a kid, I had nightmares. Saying that “every kid gets nightmares” doesn’t matter to a seven-year-old on week two of dread-filled nights who doesn’t understand if he’s being punished, if something is wrong with him, or something worse.

My Mother gave me a small trinket before bed one night. I don’t remember what she said, but what I remember is I believed if I held that trinket when I went to sleep that I would not get nightmares. It worked. For an entire summer. One night while I slept, the trinket fell between the bed and the wall. I can not tell how quickly I tore apart my entire room looking for that trinket and how relieved I was when I found it.

The only book about dragons that matters. Gifts from dear friends in New Zealand. The seven books I will always recommend when asked. Every Field Notes I’ve ever received and used. A framed silver dollar. The back of the frame reads, “Remember Las Vegas, June 1959. Golden Nugget.”

The trinket lives in a small wooden box next to my bed, along with small gifts I’ve collected over the past decades. When life is excessively complicated, I open the box, pull the trinket out, and place it in my pocket for the complicated day. I am neither a religious nor a mystical person, but, yes, I do believe the day will be more manageable with that trinket in my pocket. Because it reminds me of the story of unconditional love a parent has for a child. When a child suffers, all a parent can do is work to ease their suffering. I got this.

The best vinyl I could steal from my parents. A history of Apple boxes. Every book I’ve written. Every book I’ve published. That copy of the Dungeon and Dragons Monster Manual I begged my Mom to buy me in Hawaii when we had no money. Moon Knight #1 — thrown away two decades ago by my Mother but found and given to me by family this Christmas. When Wanda made Marvel so much better with a single phrase.

I collect objects which contain stories meaningful to me. I’ve done so since I was a kid. How do I know if the story is meaningful? I hold the object in my hand, and I remember the story and how it makes me feel. Some items pass this test for a few years before the stories fade, whereas others are as real as when I first experienced them.

You’ve seen some of these objects before:

That’s the southern wall of my office, and those were two seven-foot-tall bookshelves that dutifully collected stories. Roughly a year ago, as we were starting a remodel of a bathroom, I spun around in my chair in my home office dreaming. The bookshelves were full, but I had a lifetime of other stories that belonged in the Cave.

Spin, spin, spin. The ceilings of my office are just over thirteen feet high. The southern wall was mostly bare. You know. Why not shelves? An entire wall of shelves. All the way up to the ceiling? I conferred with my wife, who promptly added, “And you’re going to need a ladder.”

A LADDER. Of course, a rolling ladder. That’s the dream.

Why I love journalism. The importance of short stories. How I learned how to make hard decisions. The Winter Soldier codebook. The first object I put on my desk at work that I cared about. The second thing, too. Ginormous black notebooks. Severus Snape’s wand. Why my son is named Spencer.

Our interior designer recommended a furniture maker. He made a good first impression, but the process of getting the shelves built was endless weeks of silence punctuated with moments of hope. Three times during the long silence, I told myself, “Well… better find another craftsperson,” which was promptly followed by an out-of-the-blue text giving us hope once again.

We dared to hope more when the money finally exchanged hands for materials, and questions regarding stain were asked. Then, another month of silence. As Fall approached, my wife laid down the law, “We need to be done by Thanksgiving.” We’re weren’t, but it was close, and it doesn’t matter now.

When I knew writing was for me. Anything Steve Martin has ever written. My father’s life’s work on the cover of a book. Too embarrassed to write it down. None of your business. The ironic book that got me started on writing about leadership. That book I’ve read 100 times. Three NHL All-Star hockey pucks. The story that meant the Internet was a big deal.

Before the day of installation, I emptied all the existing shelves. This was an excellent warm-up exercise. Hold it in my hand and see if I could hear the story. Day of the installation, I was at work and instructed my wife to tell me nothing. I broke halfway through the day and asked, “Is the stain ok?”

My favorite piece of Apple hardware. That notebook. The picture that best expresses our love. The prettiest ocean wave on the planet Earth. Why bridges matter. My grandfather’s last gift to me. My Mother’s copy of Magic of Oz – signed by her at age seven.

Here’s before and after the installation process:

A custom-made knife from a dear friend. The Stephen King years. The encyclopedia we had as kids. What redwoods tell me about life. Why leadership has very little to do with management. That silver box. The writers who taught me the Rands voice.

It’s taken weeks, but the first draft of the shelf arrangement is done. Thousands of decisions. Carefully calibrating the new test of shelf-worthiness. Placing related objects together to tell meta-stories for each shelf. This is a wonderful wonderful task that will never end because…

We are the stories we remember.

I did this for myself in the house too. No rolling ladder though, and let me tell you, the top most shelves are HUGE pain without one. (only 10ft ceilings)
Louisville, KY